There are a few interesting events in Paris this weekend which has inspired me to list them here. It must be the return of Spring.


La Nuit de la Chouette (Owl Night)
A Chance to track down a few owls in parks and forests around France, in the company of experts. Nothing in Paris, but there are a few events in the surrounding departments.


Festival Pigalle
Focus on the nightlife of this (in)famous part of the city over three days. Perhaps most interesting of all are the parcours nocturnes, or alternative guided tours through landmarks of prostitution and gang warfare!


The 303rd Metro Station
At 12pm on Saturday, the first train will leave Mairie de Montrouge on the Line 4, the 303rd Metro station in Paris. To accompany the event, a whole series of activities are planned.

Something for the Weekend (February 8th - 10th)

Here are some suggestions for what promises to be a very vintage weekend in Paris.


Retro Shows
Two events at the Paris Expo exhibition centre this weekend have their sights firmly set in the rear view mirror.


Carnival Time
It may be cold this Sunday, but there will be a little touch of Rio in Paris. The annual carnival parade - with floats, giant puppets, musicians and dancers - will leave the Place Gambetta at 1pm, and wind its way to Stalingrad.

Indoor Rowing
It's cold outside, the Seine is dangerously high - so surely it makes perfect sense to row inside - doesn't it? Whatever the logic behind it, the 2013 French Indoor Rowing Championship - apparently the 'biggest indoor sport event in France' - will be either spectacular - or bizarre!

Full information, including a video, can be found here.
Posted by Adam at 3:19 PM 1 comment:
Email ThisBlogThis!Share to TwitterShare to FacebookShare to Pinterest 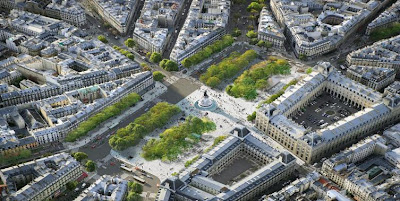 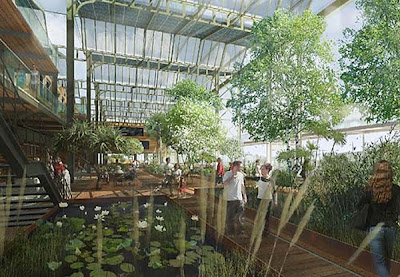 Posted by Adam at 3:32 PM No comments:
Email ThisBlogThis!Share to TwitterShare to FacebookShare to Pinterest

Something for the Weekend (December 7th - 9th)

As almost all events organised this weekend seem to have some link to shopping, but here are some that at least offer a little more.

Little Paradis
The area around the Rue de Paradis in the 10th arrondissement has slowly come to be filled with galleries and the stores of young creators, as well as the associated bars and restaurants that seem to crop up in support of these. Once a year the area organises a noctural event, enabling people to discover the outlets, but also to attend concerts and tastings.

A Swedish Christmas
Instead of going to Ikea, head down to the Swedish church in Paris for small gifts, a glass of glögg and to stock up on salmon, herring and cakes. Who knows - you may even bump into Zlatan...

Here too are a couple of interesting current exhibitions to visit in Paris.

Rêve de Monuments
Describing itself as 'the biggest gothic hall' in France, where better than the Conciergerie for an exhibition on imaginary medieval constructions? Through paintings, film and models the show investigates the role of the château in art and culture.


Entrée des médiums - Spiritisme et art d’Hugo à Breton
An exhibition that explores, in literature and art - the role of spiritism and mediums in the creative process, both as theme and influence. A good place perhaps to look for the ghosts of christmas past, present and future in the run up to the holiday period.


Posted by Adam at 4:20 PM 2 comments:
Email ThisBlogThis!Share to TwitterShare to FacebookShare to Pinterest

Something for the Weekend (November 30th - December 2nd)

As Christmas approaches, interesting events are harder to find, but here are a couple of strangely vintage suggestions for the weekend.

Reminder: It is the first Sunday of the month, so that means plenty of free museums. You can find a complete list of the participating museums here.


Wonder Vintage Market
At the giant 104 arts centre this weekend is a vintage 1950s bric à brac sale. Around a selection of vintage cars (including a Delorean), you'll find 700m² of stands selling clothes, accessories, furniture and various other items. To complete the atmosphere you can also have your portrait taken in a re-created 1950s kitchen!

Bon Plan: If you find the prices a little steep at the vintage market, head into the Emmaüs charity store that has set up shop in the old Riquet indoor market opposite the 104. Prices should be far lower, and all purchases are for a good cause!


Jazz Band Ball
If you find a good vintage outfit at the vintage market, why not try it out at a dance being held this Saturday night at the town hall of the 5th arrondissement. No fewer than six different big band orchestras will be performing, and the venue will certainly be chic.


Posted by Adam at 1:50 PM No comments:
Email ThisBlogThis!Share to TwitterShare to FacebookShare to Pinterest

Something for the Weekend (November 23rd - 25th) 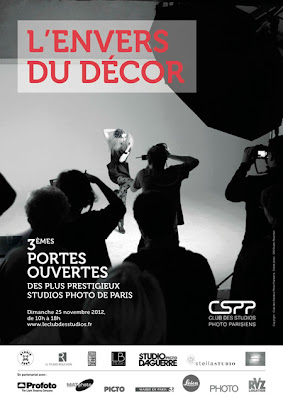 Black Friday
Black Friday is an American post-Thanksgiving commercial frenzy, but it's also - more interestingly - the winter edition of Record Store Day. Join in with the event in Paris at Fargo, where you'll be able to purchase many of the special vinyl releases created for the occasion.


Salon des Vins des Vignerons Independents
Celebrating the production of independent wine producers across France, this event will enable you to stock up on top quality wine at low prices in time for the holidays. As you enter you are given a souvenir glass to take around the show with you, that you fill up at any stand that takes your fancy. On top of that, it is quite easy to find free entrance vouchers in the press and online - here for example!


L'Envers du Décor: Open Days
This Sunday, seven of Paris's leading photo studios will be opening their doors - a rare opportunity to see how these mysterious places operate and to discover some interesting spaces.