Something for the Weekend (29th April – 1st May) 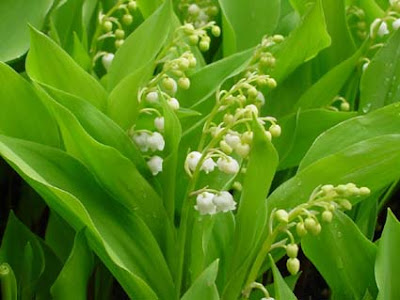 Bad luck for French workers this weekend as a Public Holiday falls on a Sunday. However, with the sun still shining, it will still feel a little like a holiday!

May Day Protests!
May 1st is traditionally a day to march and protest (this year the theme will be the perceived xenophobia of the French government) and as this year it falls on a Sunday, it is possible that many more people than normal may be taking to the streets. The march begins at 2.30pm at the Place de la République.

For those looking for places to avoid on Sunday, note also that a smaller annual Front National march takes place in the morning in the Opéra/Madeleine area.

On a brighter note, the streets should also be alive with the sweet smell of 'muguet' (lily of the valley) flowers which are traditionally sold everywhere on May 1st.

Open/Closed?
As Sunday May 1st is also a Bank Holiday, the question of whether certain sites are open or closed becomes complicated. The answers to your questions can be found here: http://www.paris.fr/accueil/accueil-paris-fr/paques-ouvert-ferme/rub_1_actu_83411_port_24329

Note that most museums and almost all swimming pools will be closed.


Foire de Paris
The Foire de Paris is 107 years old this year, and is a meandering bazaar incorporating 3400 exhibitors spread over 220,000m². Fortunately, as the theme this year is 'slow time', the experience should nevertheless not be too stressful!

The event was originally held at the Carreau de Temple, before becoming the reason behind the creation of its present home, the Parc des Expositions at the Porte de Versailles. Alongside the home, food and leisure exhibits, an interesting curiousity is the Concours Lépine which makes up part of the event. This annual competition rewards the best inventions of the year, and previous winners have included ballpoint pens, the iron and contact lenses!

More details, including location and opening times can be found here: http://www.paris.fr/english/english/event-the-impressionists-at-the-hotel-de-ville-in-paris/rub_8118_actu_97309_port_19237

Note: this exhibition is one of those that will not be open on Sunday.

Art et Folie
The Hôpital Saint Anne in Paris is home to an unusual collection of 'psychopathological art', and even organised annual exhibitions of creations from around the world from people suffering from mental illnesses. To celebrate the 60th anniversary of one of these exhibitions, the Area gallery is exhibiting a selection of some of these creations.

Posted by Adam at 3:19 PM No comments:
Email ThisBlogThis!Share to TwitterShare to FacebookShare to Pinterest

Holiday time again in Paris (for me too, but far from the city!), and many things to see and do. Here are a few of my recommendations.
Journée du Disquaire/Record Store Day
Every weekend seems to bring some kind of new celebratory event, and the next two are no exception. Saturday 16th sees one that grows enormously each year (it only begun in 2007), and this year it is arriving in force in France.
With the music industry in crisis, Record Store Day is a nod back to the golden years of vinyl. It is not just a celebration of 33s and 45s though, but also a way for artists to thank true hardcore fans. Many artists produce special limited edition releases, and independant retailers are also the site of inpromptu concerts and signing sessions.
A full list of events can be found here - http://www.disquaireday.fr/calif.fr/Accueil.html
4AM Project
The small hours of April 24th are the moment for the following event, for this is when groups of people around the world will be exploring their local environments at an unusual time. The idea is a very simple one - what does your world look like at 4AM? Go outside, wander around, take pictures then upload them on the event website!
http://4amproject.org/
Les frères Dufy
There's definitely something of a theme developing this season in Paris. After the launch of an exhibition celebrating the Caillebotte brothers, this week sees the beginning of one investigating the Dufys. As with the Caillebottes, one is well-known (here Raoul), and the other a more mysterious discovery (Jean).
Full details here: http://www.marmottan.com/francais/expositions/exposition-raoul-jean-dufy.asp
Manet the Modernist
Perhaps the biggest exhibition of the year in Paris has now begun at the Musée d’Orsay, with the first Manet retrospective in Paris since 1983. His role as a precursor of future movements is celebrated in this show in which he is declared the ‘inventor of modernity’. See the video introduction for the exhibition here.
"Manet, l'inventeur du moderne"
Musée d’Orsay
Until July 3rd
Watchers
If you're still not sure what to do, rather than watch TV, why not go and see a photo exhibition of other people watching TV? The theme is an unusual one, but the results are fascinating, and the location of the exhibtion - the Carré de Baudouin - merits a visit in itself.
Watchers
Until June 11th
Pavillion Carré de Baudouin
121 rue de Ménilmontant 75020, M°Gambetta
Posted by Adam at 9:34 PM No comments:
Email ThisBlogThis!Share to TwitterShare to FacebookShare to Pinterest

Something for the Weekend (8th – 10th April)

For me there is only one event this weekend - Obscura Day!

Even if you are not in Paris this weekend, you should find an event close to where you live. If you are in Paris, though, I am organising two events. The morning event - a visit to the Jardin d'Agronomie Tropicale is already sold out (although there might be a couple of returned tickets - let me know if you are interested), but there are still some tickets available for the evening event. Forest from 52 Martinis and Kim from I Heart Paris have helped me out with that event so it should be a lot of fun.

Marathon de Paris
If I was a braver person though, perhaps I would have entered the Paris Marathon which is taking place this Sunday morning (10th). However, even if - like me - you like your Sundays to be a little more leisurely, you can just watch the runners from a roadside café. Here's the map of the event to help you pick a nice spot.

Parr does Paris
British photographer Martin Parr rarely takes pictures in France because of the strict privacy laws. However, he was recently invited to take pictures of the working class and multi-ethnic Goutte d'Or district of Paris, and was given free reign to take snaps of anything he liked. The results are a colourful and fun look at a part of the city which normally only attracts bad press.

Full details on the exhibition can be found here, including a video interview with the photographer.