Something for the Weekend (26th – 28th November) 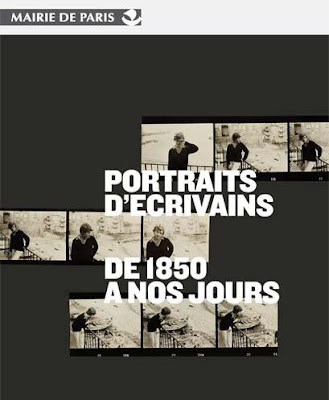 There’s a strong probability of snow this weekend, and with Christmas lights now on and windows dressed, there should be quite festive atmosphere. So grab a grog and warm up with this list of selections below.

Portraits d'écrivains de 1850 à nos jours
As part of the Mois de la photo, the Maison Victor Hugo has organised an exhibition celebrating the links between writers and photography. Featuring selections from three different collections, the exhibition of course features a selection of portraits of Victor Hugo, but also other iconic names (and faces!) including George Sand, Alexandre Dumas, Samuel Beckett and Jack Kerouac.

For more details on the exhibition, see this informative video

Full details on the festival can be found here: http://www.iledefrance.fr/fife-english/

Monuments, stars du 7eme art
The monuments of France have long inspired film makers, from Georges Méliès to Walt Disney and Sofia Coppola. La Conciergerie in Paris is celebrating this fact by transforming the space into a giant film set. Featuring a collection of 500 items, including film decors, models, costumes, drawings, photos and film clips, visitors will be able to see exactly how the castles and cathedrals of France have inspired the film industry worldwide.

Celebrate the life of Richard Wright
This Sunday (November 28th) is the 50th anniversary of the writer Richard Wright's death in Paris. Don’t forget to mark the occasion by sending photos of your visit to his 'haunts' for the planned collage tribute. More details can be found here on Invisible Paris.

Two interesting exhibitions you may like
Both in small galleries, both ending this weekend.

May also be of interest
Other events taking place this weekend.

Posted by Adam at 5:08 PM
Email ThisBlogThis!Share to TwitterShare to FacebookShare to Pinterest