Something for the Weekend (4th – 6th March) 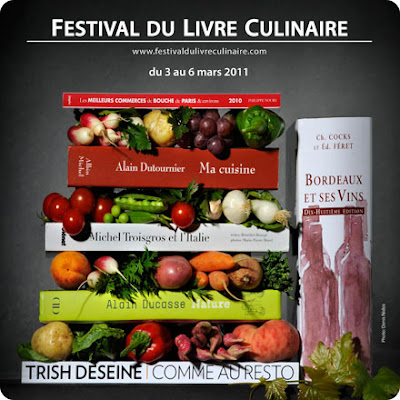 With blue skies overhead, blossoming buds in the trees and March beginning, it really does feel like Spring is arriving at last. However, this weekends recommendations are all still indoor events!

First weekend of the month
One sign that winter is coming to an end is that the final On Ice party of the season will be held at the Patinoire Pailleron this Friday evening. To round things off in style, Born Bad Records, the team behind the concept (concerts and DJs on the centre of an ice-rink, with skaters doing their stuff around them), will be officiating.

As usual on the first Sunday of each month, a number of museums will be offering free entry. A full list of participating establishments can be found here.

The Gaité...numérique
The big news of the week was the (re)opening (after the traditionally long delays) of the Gaité Lyrique theatre. Rather than restore it to its traditional role as a theatre, it has instead been transformed into a place to celebrate digital arts - in other words, a kind of geek paradise! However, some of the original features have been restored which provide a nice contrast to the flashier electronic gadgetry. The reopening begins with a number of free events, but it may be a little crowded this weekend as curious Parisians rediscover a forgotten part of their heritage.

Arnold Newman at Les Douches La Galerie
I recently featured the Les Douches gallery on Invisible Paris, and was delighted to be invited back for the opening of the Arnold Newman exhibition this week. Entitled 'Portraits and Abstractions', the installation features both a selection of his wonderful and hugely influential portraits (Picasso, Mondrian, Stravinsky, Dali..) alongside some of his lesser known abstract pieces.

As a bonus, the excellent Bruce Wrighton exhibition is still on display in the offices!

A Cookbook Festival
The 104 is becoming an interesting multi-functional location, and with its now multiple cafés and restaurants, something of a foodie location. It is no surprise therefore to find a culinary festival, albeit one focussing on the written word. However, alongside the books, you'll also be able to meet chefs, follow demonstrations and of course try out the eating places at the art venue (warmly recommended by some!)

Posted by Adam at 2:38 PM
Email ThisBlogThis!Share to TwitterShare to FacebookShare to Pinterest