Something for the Weekend (November 11th - 13th) 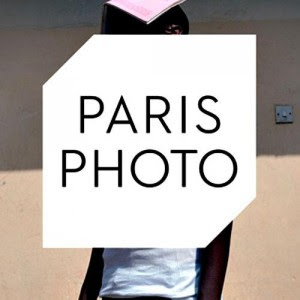 Another long weekend in Paris as Friday is a public holiday. Here are a few suggestions to help you fill that extra day!

Paris Photo
For reasons unknown to me, November is traditionally photography month in Paris. Although the 'mois de la photo' is only held every two years in even years, the odd years are equally full with events. The largest of these - Paris Photo at the Grand Palais - is the centrepiece, but as with the recent FIAC fair, prices are very steep (€25 for this event), so for those with limited funds, some of the off events may be of greater interest.

More information on the main event can be found here: http://www.parisphoto.fr/

Sol En Si pop-up shop
With only around 40 days left until Christmas, now is the time to do your shopping! If you have to buy any presents for children, make sure you take the opportunity to visit the Sol En Si pop-up shop. Leading brands have donated stock for sale with all proceeds going to the Sol En Si charity which helps HIV infected children, so not only do you find bargains, but you'll also be doing a good deed too. Last year there was a selection of very good deals on clothes, shoes and games - with prices even being slashed on any remaining stock on the Sunday afternoon!


Elle coud, elle court la grisette
Continuing the 19th century Paris theme from last week, this exhibition, at the Maison Balzac until January 15th, 2012, takes a look at one of Paris's historical cultural icons, la grisette. For more information, click on the link below to read my interview with one of the exhibition organisers. 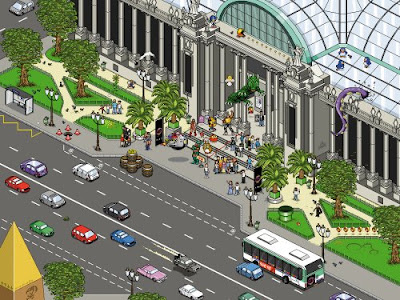 Game Story
In honour of the 40th birthday of video games (Pong first appeared in 1972), the prestigious Grand Palais is marking the event with an exhibition. This being France though, it is not enough to celebrate the skills of the game designers and the amusement they provide, the games also have to justify their cultural position alongside other 'art forms'. Expect then to be able to play the games (if the crowds are not too large), but expect also promotion of French games ("a leader in this field") and a wider aesthetic and cultural history of the industry.

Le Musée de la Grande Guerre
Opening for the first time on the entirely appropriate date of the 11th November, this new museum explores the history and legacy of the first world war. Being situated in Meaux, it is also in a location that was near the heart of the conflict.

The architecture, designed by Christophe Lab, is also worth a visit itself. On top of the two floors of exhibition space is a rooftop garden that offers a 360° perspective over the surrounding countryside, a landscape that was scarred during the terrible conflict of nearly 100 years ago.

(Note: Meaux is accessible by train from the Gare de l'Est in 30 minutes, but you'll need another 10 minutes on the M6 bus to get to the museum).
Posted by Adam at 9:14 PM
Email ThisBlogThis!Share to TwitterShare to FacebookShare to Pinterest