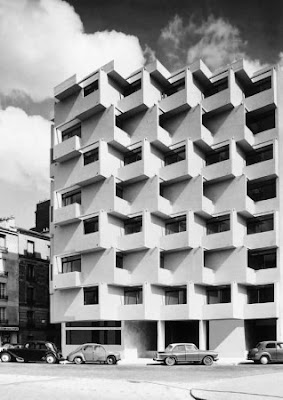 It’s the half-term holidays and, strikes permitting, I’ll be away for the week. For this reason, I’ve left you not with a weekend selection, but with some suggestions for two weekends and the week in between.

FIAC
Unquestionably the biggest event of the weekend, but questionable in its positioning. Here’s why the event makes me squirm a little, but as a counter-balance, here’s someone who is enjoying it.

The FIAC also features a number of ‘off’ events, and you’ll find a useful list of those here. Not mentioned here though is the YIA Artfair (Young International Artists), a new event that aims to promote the work of a dozen or so artists under the age of 40. Once again though, its reserved only for collectioners, the press and cultural institutions, but if this describes you, drop them a mail.

Fete de la Science
Far more open and completely free is the Fête de la Science this weekend. See http://www.fetedelascience-idf.fr/ for a list of the events taking place around the Paris region, but highlights include a series of films at the Grand Rex cinema, a look at robots, including an artificial rat at the Institut des Systèmes Intelligents et Robotique (ISIR), and free entrance to the Musée des Arts et Métiers and the Cité de la Science at La Villette.

Paris 1950: The Golden Age of the Building
Another interesting exhibition at the excellent Pavillon de l’Arsenal, this time on the subject of constructions in Paris in the 1950s. The exhibition (photo above) examines a unique period largely ignored in the history of Paris architecture despite a remarkable inventivenes with new urban forms and new usages and an unparalleled affection for domestic arts.

Weekend de Lutèce
DJ by night, keen Paris history investigator by day, Sylvanie de Lutèce will be organising her monthly events this weekend. On Sunday, a visit to the remains of Roman Paris, and on Monday evening, a discussion on the subject in a friendly neighbourhood bar - with perhaps the visit of a couple of gladiators!
See http://www.myspace.com/histoiredeparis for more details.
Halloween
Halloween is something of an outdated event in France, celebrated mostly only in theme parks such as Disneyland and the Parc Asterix. However, as it once again falls on a weekend, with a public holiday the next day, expect several bars and clubs to use the theme to attempt to attract a few extra punters!
A good list of the currently organised events can be found here.
Posted by Adam at 5:27 PM
Email ThisBlogThis!Share to TwitterShare to FacebookShare to Pinterest